“For history, as nearly no one seems to know, is not merely something to be read. And it does not refer merely, or even principally, to the past. On the contrary, the great force of history comes from the fact that we carry it within us, are unconsciously controlled by it in many ways, and history is literally present in all that we do. It could scarcely be otherwise, since it is to history that we owe our frames of reference, our identities, and our aspirations”
— James Baldwin

SUMMARY
Tony Gaskew, Ph.D. is a critical race theorist who has spent the last three decades examining the Black radical traditions response to systemic and direct anti-Black police violence in America. He is currently a full Professor of Criminal Justice and Africana Studies, Director of the Criminal Justice Program, and Founding Director of the Prison Education Program at the University of Pittsburgh, Bradford.
As a Fulbright-Hays Scholar, Dr. Gaskew has conducted ethnographic research across Africa, Gaza, and Palestine, exploring the connection between African spirituality and the virtues of truth, justice, balance, harmony, order, righteousness, and reciprocity.
Dr. Gaskew has been the recipient of the Volunteer of the Year Award from the Federal Bureau of Prisons (BOP) FCI McKean, for his decade long collaborative efforts with incarcerated educators and students, establishing post-secondary educational programming within carceral spaces. In 2019, he established post-secondary programming at Pennsylvania Department of Corrections (PDOC) SCI Forest, specifically designed for incarcerated students who are juvenile lifers. Dr. Gaskew was invited to the White House to spearhead discussions on higher education initiatives inside prisons.
Dr. Gaskew has authored over forty books, book chapters, and journal articles, and is the editor of the book series, Contemporary Issues in Race, Crime, and Justice (Rowman & Littlefield). In his upcoming book, Stop Trying to Fix Policing: Lessons Learned from the Front Lines of Black Liberation, (2021, Lexington - Rowman & Littlefield), he examines police abolition through the critical lens of the Black Radical Tradition.

Born and raised in the Southside neighborhood of Roseland in Chicago, he is a former M.P.D. police-detective and highly decorated member of the Department of Justice’s Organized Crime Drug Enforcement Task Force (O.C.D.E.T.F). 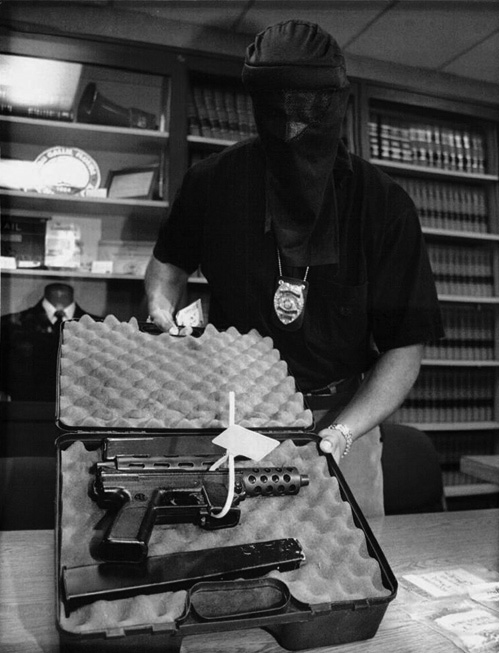 After completing his doctoral studies at NSU, he was awarded a Fulbright Hays Fellowship, an FDD Terrorism Fellowship, and a University of Pittsburgh Diversity Fellowship, where he conducted ethnographic fieldwork across the globe including Kemet (Egypt).

In Stop Trying to Fix Policing: Lessons Learned from the Front Lines of Black Liberation, Tony Gaskew guides readers through the phenomena of police abolition, using the cultural lens of the Black radical tradition. The author weaves an electrifying combination of critical race theory, spiritual inheritance, decolonization, self-determination, and armed resistance, into a critical autoethnographic journey that illuminates the rituals of revolution required for dismantling the institution of American policing. Stop Trying to Fix Policing is an essential work for anyone who wants to go beyond the rhetoric of police reform, to the next step: contributing to the formation of a world without policing.
Over more than a decade Tony Gaskew has been involved in many social justice oriented activities, including his work as a post-secondary educator within the Federal Bureau of Prisons (BOP) FCI McKean, working with incarcerated students on prison-based education initiatives. He has authored numerous publications on the topics of race, crime, and social justice, including one of his most recent books, Rethinking Prison Reentry: Transforming Humiliation into Humility (Lexington - Rowman & Littlefield).

REVIEW
Tony Gaskew's new research is a carefully crafted study of the role of the prison industry and the intergenerational destruction it has wrought upon people of color in the United States. It is a must read for those interested in social justice, peacebuilding, criminal justice, and African American studies.
(Sean Byrne, University of Manitoba)

Rethinking Prison Reentry provides an insightful, introspective, sensitive, but powerful statement about the importance of redemption for incarcerated black students and youth. This work should be, without question, a required reading for all those interested in a more proactive approach to the criminal justice system, race and ethnic relations, and the overarching impact on the black community within American society. (Tina Jaeckle, Flagler College)

This is a very powerful, well-researched book on issues we know far too little about or choose intentionally to ignore. Gaskew takes the reader through the corrections system using the multiple lenses of his vast experience in law enforcement and as scholar and teacher, and his own lived experience as a black man in America. This book connects the dots in new ways, and is easy to read and refreshingly candid. This book will also challenge the reader to examine and re-examine some deeply held beliefs and myths about our criminal justice system, the role of corrections, and our notions of race and justice. Gaskew does not stop at a critique, but powerfully presents and argues for the ways in which our corrections system can offer new hope and opportunities for redemption and transformation to us all. (Judith McKay, Nova Southeastern University)

Systemic Humiliation In America: Finding Dignity within Systems of Degradation

Crimes against Humanity in the Land of the Free

by Imani Michelle Scott (Editor) Professor Tony Gaskew, University of Pittsburgh (Bradford) This vital book considers the compelling and addictive hold that racism has had on centuries of Americans, explores historical and contemporary norms complicit in the problem, and appeals to the U.S. government to improve race relations, rectify existent social imperfections, and guard against future race-based abuses. Presents the inescapable evidence of persistent social violence, inequalities, and injustices perpetrated against blacks within America's borders prior to and for centuries since the nation's founding Identifies the negative psycho-social consequences and harmful impact of "transgenerated trauma"―based on the experiences of living in an overtly oppressive society for centuries―on both the oppressed and the oppressor in America Emphasizes the necessity for all American citizens to share the responsibility for exposing historical truths, working through painful memories and realities, engaging in long-avoided dialogue, and implementing systems to assure a more just America for all its citizens

This book examines the experiences and social conflicts facing Muslim Americans in the aftermath of the terrorist attacks on September 11, 2001, providing insight on how the highly politicized and tense atmosphere which followed the events of 9/11 impacted the relationship between law enforcement agencies and Muslim American Communities. Dr. Tony Gaskew: "Life Support: Ritual, Community, and Healing Through the Eyes of a Juvenile Lifer.”

Tony Gaskew contributes to Pre-Planned Dignilogue 1 (Dignity + Dialogue), on the morning of December 5, 2019, at the 16th Workshop on Transforming Humiliation and Violent Conflict, which took place at Columbia University in New York City, December 5 – 6, 2019. Dr. Tony Gaskew is a Full Professor of Criminal Justice, Director of Criminal Justice, and Founding Director of the Prison Education Program at the University of Pittsburgh, Bradford. (Please be aware that this is an unedited video.) See more on: - www.humiliationstudies.org - www.humiliationstudies.org/whoweare/annualmeeting/34.php - www.worlddignityuniversity.org

This volume examines a wide range of current social and political systems in the United States that strategically deploy humiliation as a means of controlling certain population groups. In this book launch chapter authors provide in-depth studies of humiliation-power that penetrates one's sense of self by degrading, devaluing and diminishing one's 'soul.' Conflicts over race, ethnicity and power are examined. Humiliation-power is embedded seamlessly in the operations of bureaucrats, routine decisions of a political agency regarding the interactions with marginalized people. Chapter authors also explore the prospects for corrective measures that foster dignifying relations. 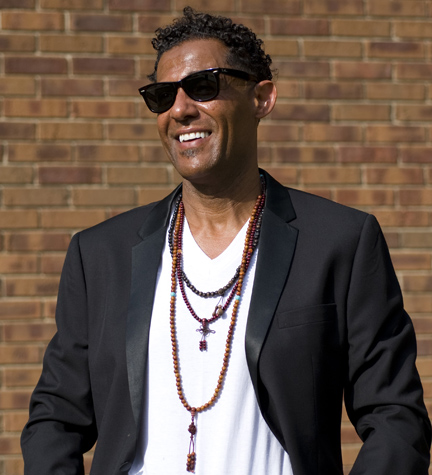 1997 M.P.D. Officer of the Year Received the distinguished officer of the year award as a police-detective at M.P.D. Melbourne, FL Police Department 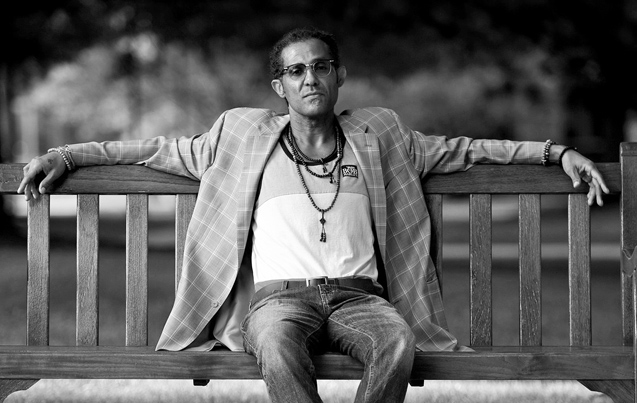 Virtual, Free, & Open to the Public.

“The Ritual of Black Armed Resistance: Police Abolition Through the Eyes of the Black Radical Tradition.” (virtual)

“Lets Talk About the Costs of Decriminalizing or Legalizing Marijuana.” SPOAC (virtual)

"Life Support: Ritual, Community, and Healing Through the Eyes of a Juvenile Lifer.”

2018 Workshop on Transforming Humiliation and Violent Conflict: "What Is the Language of Dignity?"

Abstract:
The state-sponsored social experiment known as policing has come to a clear and distinct crossroads in America. With its origins in the underbelly of enslavement, policing has left a horrific legacy of direct and systemic violence against the Pan-African diaspora in America. As scholars, practitioners, and community activists, we must begin to embrace our own collective role in creating what Kwame Ture described as a resistance consciousness. In this Dignilogue, I seek to inspire a new, revolutionary, and liberatory conversation on police abolition and national decolonization efforts in America.

The Society for the Study of Social Problems Annual Meeting 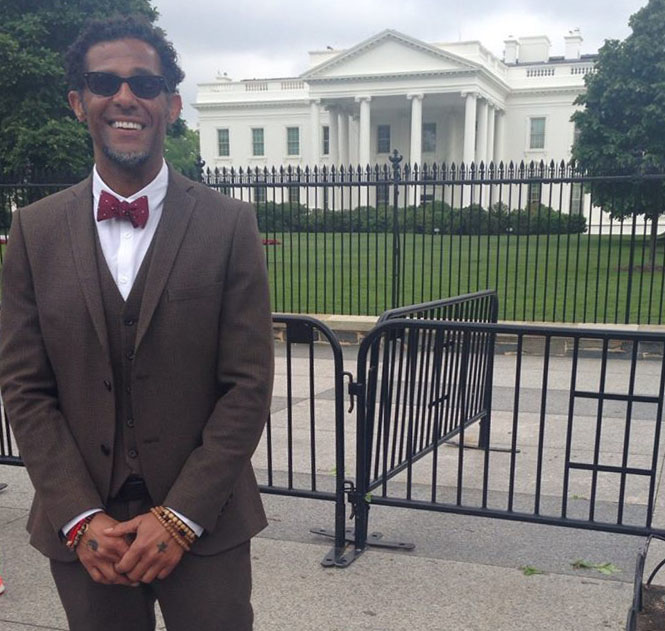 Dr. Gaskew on WXIA TV's NightTalk: Get to the Point

Dr. Gaskew on WXIA TV's NightTalk: Get to the Point